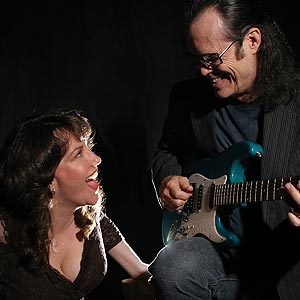 In addition to being world-class recording artists, composers, and performing musicians, Rebeca and David Randle carve out a portion of their days devoted to training and mentoring aspiring artists and musicians. The landscape of desirable and appropriate training programs for students to really learn how to use their voices to sing, perform and record, or to create original and impactful guitar styles, or to express themselves at the highest level by writing great songs that say what they want them to say and feel what they want them to feel, are few and far between. Even the prospects of learning how to arrange and record their music is something that can easily be taught, but is somehow not readily available. And with nearly all the record labels dropping any kind of artist development program, aspiring music artists are on their own when it comes to learning the best performance techniques.

Music Lesson Expert, through the efforts of Rebeca and David Randle, have answers and training programs for every type of music student, from hobbyists who just want to have some fun playing, singing, or writing songs, all the way to the dedicated professional who wants to get as good as they can get. The Music Lesson Expert site is laid out in such a way as to direct you to the exact discipline you are interested in learning. Each training area has its own branded division: Singing Lesson Expert for singers, Guitar Lesson Expert for guitarists, My Songwriting Coach for songwriters, and even David Randle Productions for those who want to learn the art of arranging, recording, and producing their original work.

Rebeca Randle has proven that with a combination of physical gifts, study, and hard work, dreams can come true. Rebeca has made her life’s work revolve around working with the human voice. As a professional performer and entertainer, she currently composes and performs with her husband, David Randle as Rebeca and David. Rebeca has had a varied and successful career, doing everything from recording publishing demos for A & M Records and Warner Bros., among many, recording for TV and film, with numerous commercial projects for TV and radio as a SAG AFTRA actress, all the while performing up and down the state of California for her personal recording career which included seven releases, several of which delivered International radio airplay, performances at the Temecula Hot Air Balloon Festival with the Mamas & Papas, street fair performances with Switchfoot and a host of others, as well as lending her amazing voice to southern California churches every Sunday for 20 years.

She has made it a point to become incredibly well-schooled in the human physiology of the voice, having studied with Martin Grusin, one of the only teachers around who has participated in studies where a scope (miniature camera) has actually been put down the throat to see how the vocal chords, muscles, and ligaments truly function instead of relying on total conjecture. Rebeca also understands all the nuances of breathing, vocal support, the famous “bounce” technique that she teaches, as well as the elements of proper placement and control.

It is an undeniable fact that unique to performance on the voice compared to any other instrument, “you” are your own instrument. As a result, Rebeca has done an enormous amount of study surrounding what is healthy and especially unhealthy for the body. Nutrition is a fairly obvious topic for a singer to become well versed in, but it is just as important to understand about products we use and objects in our environments that may cause toxic reactions and therefore inhibit lung function and health of the resonant nasal cavities where important aspects of tone are developed.

Rebeca has trained all types of singers, from beginners to singers who have won San Diego Music Awards. She helps professionals master their craft, yet knows how to help singing enthusiasts get the most out of their voice, from becoming a great shower singer to singing in a choir to stealing the show on Karaoke night. If you want to sing, you may as well study with the best, the Singing Lesson Expert, Rebeca Randle. 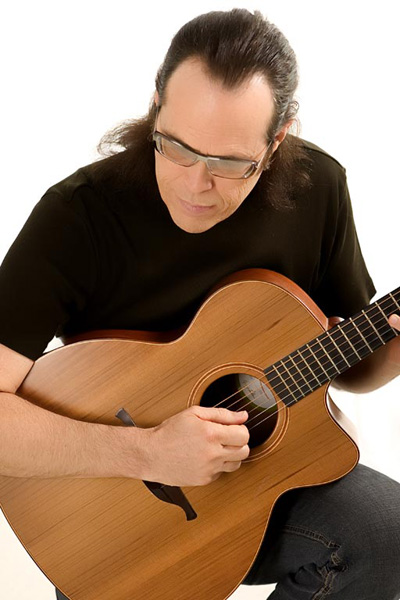 David Randle is a Master Teacher of both guitar technique and concept, as well as creativity through songwriting and the development of original sounding guitar backdrops, passages and phrases in the studio. This approach helps you to be an asset to your band, a valuable studio contributor, and most of all to have a tremendous amount of fun playing the guitar.

David is well versed in all the learning modalities and personality styles, so it is easy for him to teach you in the way you most want to learn. After all, these are your lessons and you should get out of them exactly what you want, whether that is to learn how to mimic your favorite guitarist, build a massive repertoire of songs, or to become an influential original guitarist. The methods used are so traditionally correct and helpful that many of David’s students have gone on to become excellent guitar teachers themselves, so if you want to learn in a way that also prepares you to be a great instructor, you are in the right place.

David has had a long and storied career in music. In his youth, he was the lead guitarist with the Brain Police, a popular Pacific Southwest performing and touring Hard Rock band that shared the stage with Cream (including Eric Clapton), The Who, Jefferson Airplane, Buffalo Springfield (including Neil Young and Stephen Stills), Steppenwolf, The Byrds (including David Crosby), Eric Burdon & The Animals, and many more. Original Brain Police vinyl LPs are collector’s items and have sold for over $2000.

During the 80’s, David owned and operated a large music store called American Dream Music. Here he ran both a large musical instrument business and powerful music education department, specializing in guitar, drums, keyboard, voice, and songwriting. Organizing and operating such a large music teaching and retail sales facility makes him a perfect teacher for students who want to know not only how to play, but how to set up their equipment so that it always sounds the best, or even get solid unbiased advice before they make a major purchase.

Currently, David is busy as the guitarist with Rebeca and David, teaching internationally as both the Guitar Lesson Expert and My Songwriting Coach, producing recordings through David Randle Productions, as well as being one of the staff writers for Wedding Song 4 U and Custom Song 4 U. He is not too busy to give you significant personal attention and fulfill his mission to help any student who chooses to study with him become the best musician they are capable of being.

Connect with me on Google+ at +David Randle